A pleasant, sunny Saturday in May 2015. We took a few wrong turns and ended up here:

We were four — Myself, two Canadians from Ontario (Robbie and Heather) and an American from Massachusetts (Sav. C.). The wrong turns were taken near Gyeyang Mountain in Incheon, South Korea.

These others were all new to Korea, such that I was leading them around. I translated the sign:

I proposed a brief reconnaissance in the arrow’s direction, but was vetoed by the two female members of our group.

We’d come down from summit on the right-hand-side path. At the time, I assumed that this side path would lead to a shooting range which would be blocked off by barbed wire or something. I was sure we wouldn’t just walk into a place which had live bullets whizzing around.

Only one time have I heard gunfire in Korea. It was while hiking north of Ilsan in Paju County, which is adjacent to the DMZ. Paju’s hiking trails are full of elaborate and well made but unoccupied defensive positions on hilltops, some small and some big enough for artillery, as well as networks of trenches, covered tunnels, dug-out hiding places big enough for vehicles or tanks, and other such things.

Here is another picture from the trail that day: 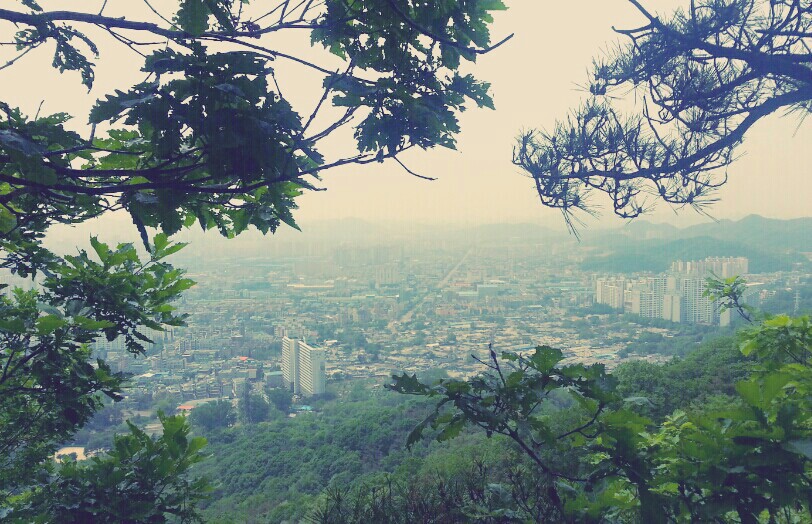 In that last one, Gyeyang Mountain is in the back right, with a radio tower on top. We came down from it and all the way to this place.